Bruce was born into a musical family.  His father is a self-taught, multi-instrumentalist, Bluegrass musician (Jimmy Dean’s band) and his mother was a classically trained pianist who worked part-time as a church pianist and organist for the Alexandria Roller Rink.  “Without them, I would not have achieved the level of musicianship I have today.  They are without a doubt my most inspirational and influential teachers”.

Bruce is a freelance musician in the greater Fredericksburg area for over twenty years performing, teaching, producing, and recording. Throughout his 35 years in the industry, Bruce has played on dozens of albums and logged hundreds of session dates on guitar and bass. In addition, he has been involved in Foley Arts, Underscores, TV and Radio Commercials, Voice Over, and many other projects.

"I have been very fortunate to have met some of the most remarkable and interesting musicians.  Many of these folks have contributed greatly to my development as a musician and opened my ears and mind to some of the most beautiful music I have ever experienced."

Performances and recordings include:

Jawanza Kobie “Feels Better Than it Sounds”: Some of the finest changes of the whole album are heard in “Can’t Take the News.” Bruce Middle weaves a double helix of delicate and destructive guitar. Dexter Sims appears for the first time on this track and his approach to the electric bass is more aggressive which is perfectly suited for his interaction with Middle. Jawanza’s keyboards are almost majestic in the broad and climbing crescendo to the end.
TRAVIS ROGERS, JAZZTIMES

Bruce Middle contributes lyrical, articulate and delightful solos that “glide over the rhythmic foundation” of his band. “Middle takes the opportunity to show off his ample chops and dexterity on the guitar… If there was any uncertainty about Middle’s technique, his sparkling, indeed overwhelming contributions (on this album) will remove all doubt.”
Winthrop Bedford, JazzImprov Magazine

"Middle himself is a talented guitarist with a light, tuneful, fluid touch and a genuine knack for combining acoustic and electric textures into an extremely palatable blend of pop and jazz."

"With there affection for playful, improvisatory spirit, and masterful use of all key ingredients- tasteful acoustic touches, inventive solos, and alluring world rhythms-The Bruce Middle Group fashion an elegant sound and glistening melodies."

“The Bruce Middle Group has forged a distinctive style then polished it to such a warm and decisive pitch that their music is a constant delight.” 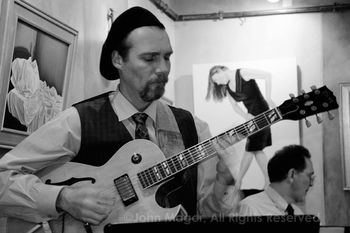 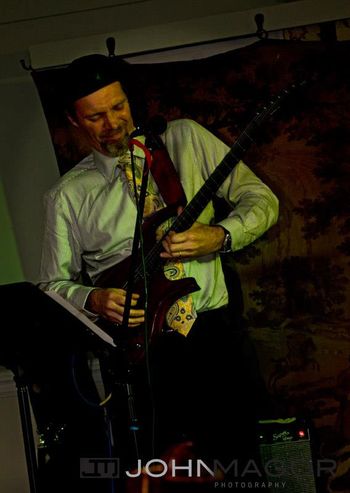 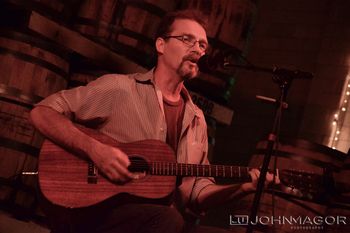